Brief for States: Pros and Cons of Carving Out Medicaid Prescription Drug Benefits 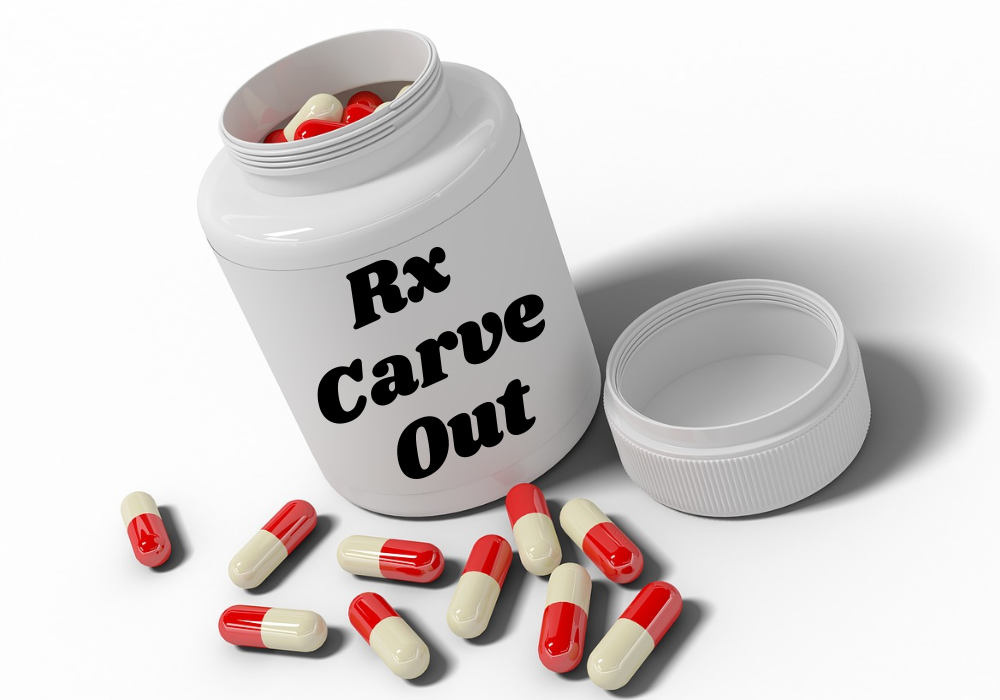 Posted at 12:55h in Medicaid by Howard Green
Share

Rising prescription drug costs continue to plague state budgets. As states have expanded Medicaid, their enrollments have risen, as has their spending on Medicaid prescription drug benefits. Regardless of whether a state has expanded Medicaid per the Affordable Care Act (ACA), states are currently facing an economic downturn related to the COVID-19 pandemic. Medicaid enrollments are almost always positively correlated with economic hardship, which means additional fiscal pressures are growing for states.

Drug prices have been growing by double-digit rates, and that trend shows no signs of stopping. In Medicaid alone, this spending hit its highest-ever growth rate, 24.6 percent, in 2014. As of 2018, prescription drugs were still expected to be the healthcare cost that would continue growing the fastest for at least another decade.

Although technically prescription drugs are optional, and states do not have to include them in their Medicaid benefits, it is impractical not to include drugs given what an important component they are of modern medicine. Moreover, including them helps states deliver more efficient coordination of care.

There are many strategies available to states to address high drug costs. Generally, state efforts fall into two categories: 1) utilizing managed care organizations (MCOs) and pharmacy benefit managers (PBMs), and 2) carving out Medicaid prescription drug benefits and placing them back into the original, fee-for-service model.

Both approaches are designed to reduce states’ Medicaid spending by reducing prescription drug costs. Here, we aim to examine the pros and cons of each approach and work to better understand what healthcare interests are on each side of this issue.

The ACA Changes the Game

States that carve out their Medicaid prescription drug benefit from their managed care contracts believe they can get better drug prices if they negotiate them directly with drug manufacturers, rather than delegating that process to MCOs. However, the passage of the Affordable Care Act (ACA) in 2010 was a game-changer for states’ Medicaid prescription drug plans due to policy changes related to drug rebates.

According to a report by The Lewin Group in 2011, these changes in the ACA eliminated the savings advantage that carving out Medicaid prescription drugs had previously offered. They examined the carve-outs across 14 states in 2011 and estimated those states could experience savings of $750 million in just the first year after carving these benefits in, and up to nearly $12 billion over 10 years.

States have in large part followed the policy direction set by these ACA changes. As of July 1, 2017, there were 39 states with Medicaid MCO contracts. Nearly all of them, 35, had carved in their Medicaid prescription drug benefits. A year later (2018), the Kaiser Family Foundation reported that 40 states were contracting with companies for comprehensive managed care services, and of those, five had carved out drug benefits. According to available sources, those five are: Missouri, North Dakota, Tennessee, West Virginia, and Wisconsin. It is unclear why these states have not included prescription drugs within their managed care schemes.

Medicaid agencies have fairly wide latitude to make administrative changes in their programs. Although most states have kept pharmacy benefits carved into their managed care contracts, they have continued to explore cost control strategies. The key drivers of high drug costs have been specialty and high-cost drugs, and through managed care mechanisms, states have engaged in measures like prior authorization and step therapy.

Even with a menu of cost control strategies available, some states still calculate that carving out their Medicaid drugs could save them money. California has announced it plans to take the carve-out approach, with a single Medicaid drug program starting in January 2021. Its argument is that in such a large state, with multiple Medicaid MCOs, it is more economical for the state to centrally negotiate drug prices and purchase drugs. California officials believe this strategy will “standardize” prescription drug access for all Medicaid beneficiaries. However, opponents are concerned that carve-outs make coordination of care more difficult and could have negative effects on local pharmacies’ bottom lines.

Similarly, North Dakota and West Virginia have carved out their Medicaid drug benefits from their MCO programs. West Virginia in 2018 reported over $54 million in savings. Several other states are considering moving from carve-in to carve-out, including Florida, Indiana, Massachusetts, Maryland, New Mexico, and Nevada.

In October of 2019, the state of Michigan announced it would begin carving out its Medicaid pharmacy benefit starting December 1 of that same year. They made that decision based on expected savings of $10 million, achieved through increased rebates and “elimination of related MHP administrative capitation costs.” There would have been some consequences for beneficiaries, including coverage limitations, dealing with prior authorization requirements, and co-pays. Before this could go into effect, however, Michigan reversed its decision. Instead of carving out, it decided to implement a statewide-preferred drug list (PDL).

Washington State has engaged in a similar strategy by implementing a PDL across its Medicaid MCO plans and its Medicaid fee-for-service plans. Other states, like Louisiana, North Carolina, and New York are working on various forms of legislation to protect against high drug costs. New York, for example, has a Drug Utilization Review Board, which examines drug prices, and the state is also using supplemental rebates to manage drug costs. In contrast, Ohio and Pennsylvania are tackling high drug costs by increasing price transparency. During the 2018 legislative session alone, 28 states passed 45 laws addressing problematic prescription drug costs.

The Perspective of Payers and PBMs

MCOs themselves, largely represented by the Association of Health Insurance Plans (AHIP), are in favor of states carving in Medicaid prescription drug benefits. The primary reason for this support is fairly obvious: carve-ins mean that more dollars flow through the insurance companies, keeping them involved in the entirety of Medicaid benefits rather than excluded.

In 2015, AHIP commissioned a report from The Menges Group, which found, “the decision to carve out pharmacy benefits is likely to significantly increase costs for states and the Federal government” and also suggested carve-outs could cause disconnects in care coordination. The latter point is debatable, since physicians, rather than the insurance companies, bear most of the responsibility for day-to-day patient care and its coordination. Considering the ACA provisions that essentially levels the savings playing field between carve-in and carve-out approaches, though, the Menges Group’s finding regarding potentially increased costs is well-founded.

Some argue that pharmacy benefit managers (PBMs) are inherently part of the problem of high drug prices, as they function like middle-men in the process of getting drugs from manufacturers through the chain to patients. PBMs disagree with this idea, of course, and argue that they are uniquely positioned to help manage the drug costs of Medicaid prescription drug benefits. Some of the functions they serve include negotiating rebates, providing mail-order options to patients, managing formularies, managing distribution of drugs among pharmacies, and providing specialty drug services.