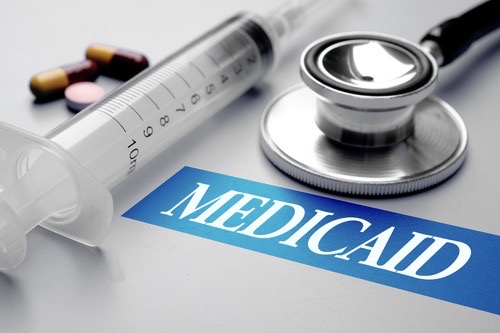 Posted at 11:35h in Medicaid by Eliott Konsin
Share

The Coronavirus pandemic has had a devastating impact on the nation’s economy. As of June, the U.S. Bureau of Labor Statistics reported that the national unemployment rate reached 11.1 percent which translates to 17.8 million unemployed people. Many Americans that have lost employer sponsored health insurance are now turning to Medicaid for healthcare coverage. According to the Georgetown University Health Policy Institute, Medicaid enrollment has increased by 5.8 percent in the last three months. In Florida alone, enrollment has almost reached 10 percent. Due to the surge in unemployment and Medicaid enrollment and the decrease in revenue, states are experiencing severe budget gaps. As a result, some states have made significant reductions in funding to their Medicaid programs, the NGA is requesting additional federal funds, and Medicaid programs are likely to focus on cost containment reform to balance their budgets.

By law, states are required to adhere to balanced budget requirements that prohibit states from carrying deficits into the upcoming fiscal year. These requirements coupled with the increase in Medicaid enrollment are putting tremendous pressure on state budgets. Recently, some states have made significant spending cuts as a result. In May, Georgia announced a 14 percent reduction in funding to all of its state agencies, Colorado made a $183 million spending cut to its Medicaid program, and Ohio reduced its Medicaid spending by $210 million. Additionally, Arizona and New Mexico have seen surges in Medicaid enrollment that far exceed their predictions. State officials are concerned that they will also have to make drastic cuts if they do not receive additional aid from the federal government.

On March 18th, the Families First Coronavirus Response Act (FFCRA)  was enacted in response “to the COVID-19 (i.e., coronavirus disease 2019) outbreak by providing paid sick leave, tax credits, and free COVID-19 testing; expanding food assistance and unemployment benefits; and increasing Medicaid funding.” The FFCRA specifically raised the Federal Medical Assistance Percentage (FMAP) to 6.2 percent. All states and territories are eligible for the increased FMAP provided that they adhere to the maintenance of effort (MOE) protections and the following conditions:

a. Maintain eligibility standards, methodologies, or procedures that are no more restrictive than what the state had in place as of January 1, 2020 (maintenance of effort requirement).

b. Not charge premiums that exceed those that were in place as of January 1, 2020

c. Cover, without impositions of any cost sharing, testing, services and treatments— including vaccines, specialized equipment, and therapies—related to COVID-19.

Unfortunately, the FFCRA did not account for the overwhelming surge in enrollment. To further protect public health and restore economic prosperity, the National Governors Association (NGA) is requesting that the Senate allocates an additional $500 billion to make up for lost revenue. In addition, the NAG is requesting a temporary increase of FMAP from 6.2 percent to 12 percent. The new percentage would be retroactive to January 1, 2020, and would remain in effect until the national unemployment rate was below 5 percent.

To date, there have been no additional funds allocated and the FMAP has not been increased. On July 22, the NGA issued an additional statement urging the Senate to approve their request.

The NGA states, “Governors have already cut budgets and reduced our payrolls by 1.5 million people, but without Senate action, we will need to make steeper cuts and reduce payrolls even more, at precisely the time when these services are needed most…We need the Senate’s strong support now, so we can fight the virus together and make an economic recovery a reality.”

Apart from federal assistance and budget cuts, states typically curb costs by reducing Medicaid benefits such as dental coverage or optional pharmacy benefits. However, in the present public health emergency, these methods are not necessarily feasible due to the MOE protections under the FFCRA. Additionally, cutting Medicaid spending would also reduce needed federal aid. Currently, the federal government covers about 60 percent of total Medicaid costs. That being said states will likely turn their focus to altering provider reimbursement rates, managed care profit margins, provider taxes, and managed care and delivery system reform to contain costs and balance their budgets.

The Coronavirus public health emergency’s impact on the nation’s economy and government funded healthcare programs have states facing significant budget gaps. Some have made tremendous spending cuts that will certainly hinder Medicaid’s ability to deliver care when it is needed the most. Millions of Americans are turning to Medicaid for healthcare and states must do everything in their power to contain costs before reducing benefits or access to care. In addition to federal support from the FFCRA and the NGA’s request to increase FMAP, states should focus on further efficiency and cost saving technology solutions in their Medicaid plans before reducing funding, access to care, and benefits.