DISCORD AT THE DEPARTMENT OF HEALTH AND HUMAN SERVICES 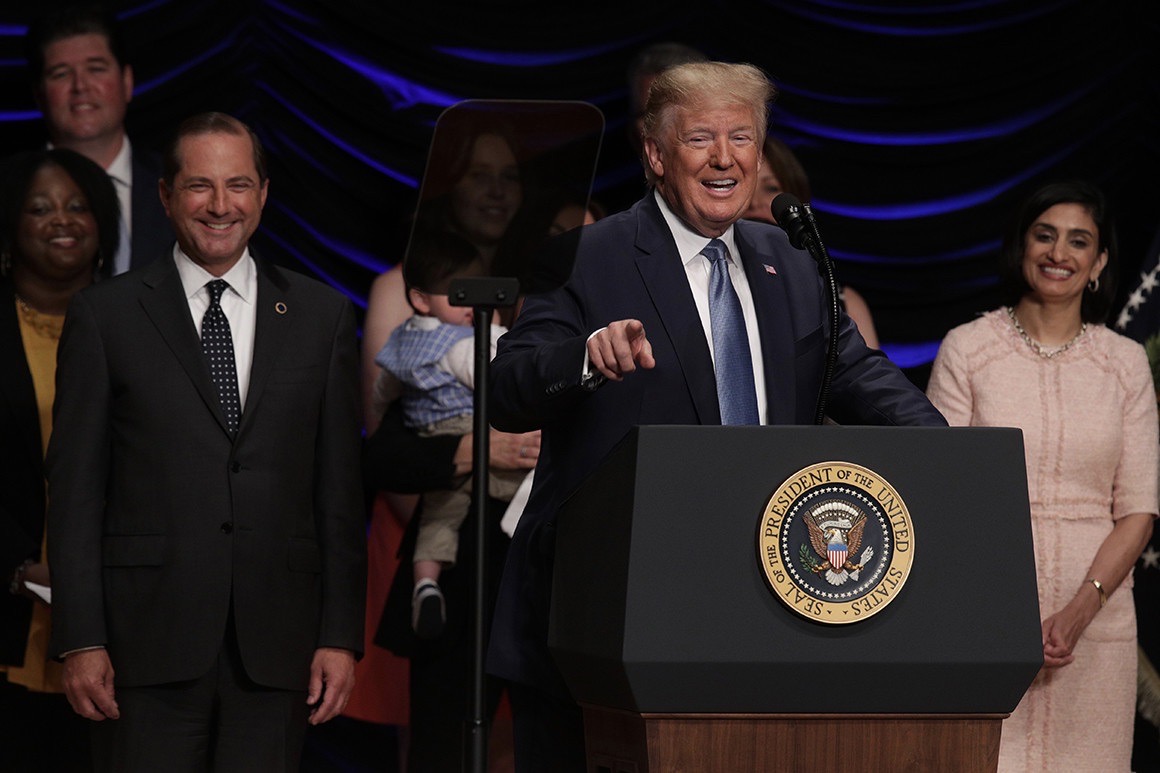 16 Dec DISCORD AT THE DEPARTMENT OF HEALTH AND HUMAN SERVICES

Posted at 10:56h in Uncategorized by Howard Green
Share

Government healthcare reforms along with reducing prescription drug prices have been at the top of President Donald Trump’s agenda. A feud between the top health officials at HHS is delaying the administration’s healthcare initiatives.

Over the past year, tensions have been building between HHS Secretary Alex Azar and CMS Administrator Seema Verma. The drama between the two officials could be confused for an episode from the reality TV show, The Apprentice. The two health chiefs are in a power struggle over policy; moreover, both are claiming credit for the Trump administration’s healthcare policy victories.

According to sources, the drama started when former HHS Secretary Tom Price resigned in the fall of 2017. Verma was a potential successor to Price but the president opted to nominate Azar for the position. From that point, the two officials became very competitive with one another to advance Trump’s healthcare agenda.

After Azar was confirmed, a meeting occurred in the oval office where Azar discussed his prescription drug-pricing proposal with President Trump and Administrator Verma. Verma vehemently opposed Secretary Azar’s plan due to its potential of raising government spending and Medicare premiums in 2020. Ultimately, the White House ended up not supporting Azar’s drug pricing proposal.

At about the same time, Verma had spent six months drafting an alternative to the Affordable Care Act (ACA). Secretary Azar struck down that proposal before Administrator Verma could present it to the president. Azar believed that the proposal would have strengthened the ACA as opposed to abolishing it.

Sources also claim that there have been efforts to marginalize and limit Verma’s influence by excluding her from policy meetings. In October, Azar allegedly attempted to keep Verma from traveling with the president to Florida for the unveiling of a Medicare executive order which was drafted largely in part by CMS. Verma purportedly complained to the White House and was ultimately allowed on the plane. In addition, Azar has also been accused of meddling in staffing decisions affecting HHS and CMS.

Officials at the White House claim that the situation between Azar and Verma has reached such a low that they are now resorting to leaking stories about one another to the media. One of the stories has to do with a stolen property claim filed by Verma in 2018. While she was giving a work-related speech in California her jewelry and luggage were stolen from a rental car. She requested reimbursement from the federal government and the request was met with criticism from Democrats as a waste of taxpayer dollars. The other leak revealed that Verma had hired consultants to boost her reputation using taxpayer dollars. According to a CMS spokesperson, “these recent leaks are part of a targeted campaign to smear the Administrator and undermine the accomplishments of CMS.”

On December 11th, the White House chief of staff Mick Mulvaney summoned Azar and Verma to a meeting at the White House to resolve the spat. President Trump was not present at the meeting and according to White House officials, the president still supports Administrator Verma but he also wants the two officials to put an end to the drama. One official said President Trump “doesn’t care if they like each other, but they have a job to do.” The source also said that neither of their jobs are in jeopardy.

The drama between HHS Secretary Azar and CMS Administrator Verma has reached new heights and the Trump administration has had enough. Their inability to cooperate and get along with one another is not only delaying the president’s healthcare policies but it has the potential to negatively impact the president’s 2020 election campaign. Hopefully, the two chief health officials can set their quarrels aside and recognize that their decisions affect the healthcare of millions of Americans.