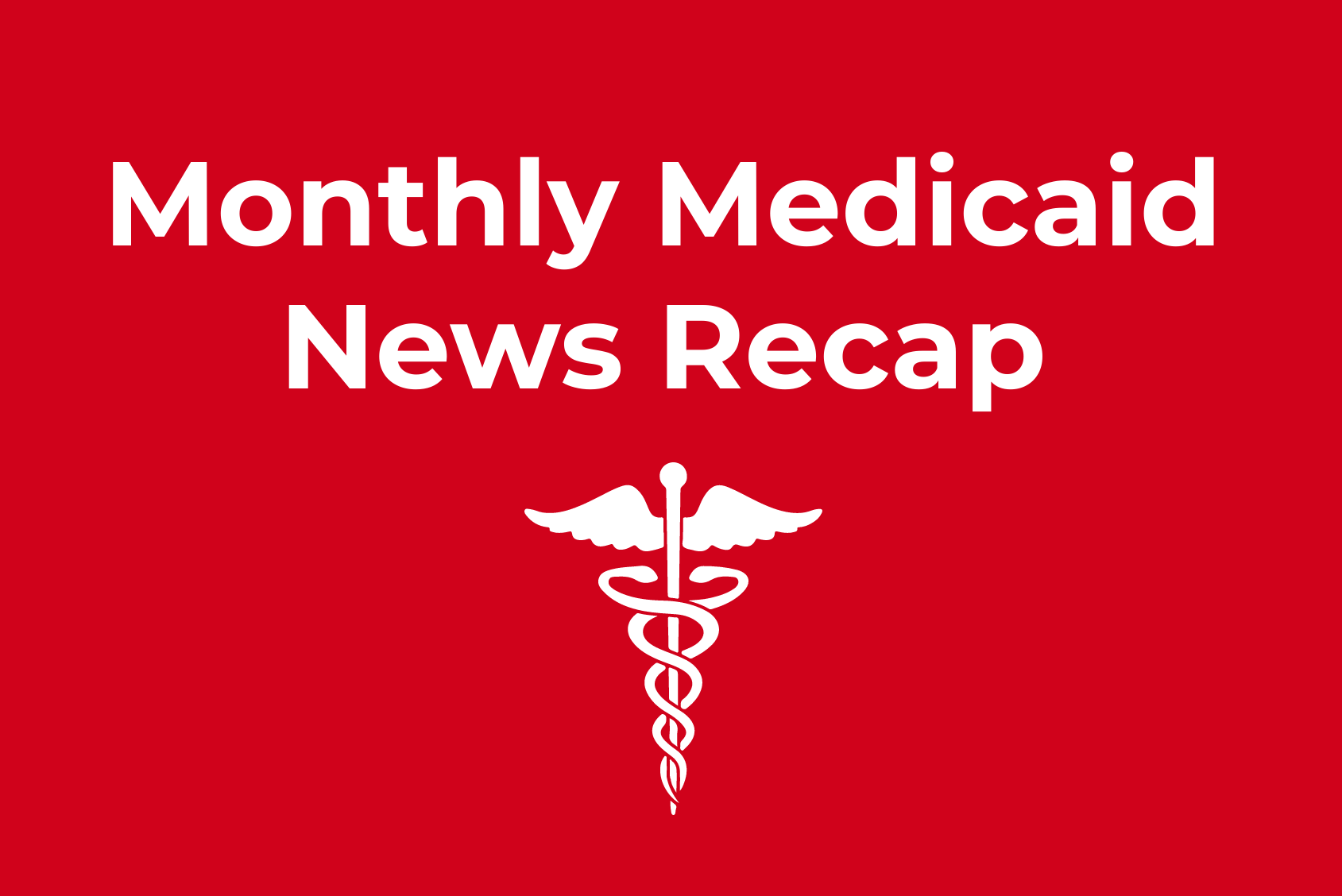 Medicare And Medicaid Administrator Addresses U.S. Health Care Response To COVID-19  npr, March 31
NPR’s Mary Louise Kelly speaks with Seema Verma, the administrator of the Centers for Medicare and Medicaid Services, about the administration’s ongoing response to the coronavirus outbreak. MARY LOUISE KELLY, HOST: What counts as a hospital bed? We now look to New York City, where emergency hospital beds are multiplying in tents in Central Park, on a hospital ship docked on Manhattan’s West Side and 10 blocks south in the Javits Convention Center, which now houses a thousand beds. Now the federal government is relaxing rules to give the rest of the country similar flexibility. Hospitals can now operate inside dorms, gyms, schools, parking lots. That’s one of a number of changes to hospital safety rules that’s been announced by the Centers for Medicare and Medicaid Services, which is run by Seema Verma, who joins us now.  read more

US territories show why Tennessee should reject block grant Medicaid funding | Opinion  Tennessean, March 31
Since 1965, the federal and state governments have successfully partnered to provide health care insurance to people with disabilities and to poor Americans who meet eligibility requirements through the Medicaid program. “A wide body of research demonstrates that Medicaid provides critical access to comprehensive, cost-effective care for tens of millions of children and families, seniors, people with disabilities, and other adults,” says the Center on Budget and Policy Priorities, a nonpartisan research and policy institute that analyzes federal budget priorities. Tennesseans, watch out. Your government has proposed a draft Section 1115 demonstration waiver amendment (Amendment 42), which seeks to establish block grant funding for Medicaid. The stated goal of Amendment 42 is to convert the federal share of Tennessee’s Medicaid funding to a block grant, thereby capping Medicaid expenditures.  read more

SECTION 1135 WAIVERS AID STATES AMID COVID-19
Syrtis Solutions Blog, March 30
After COVID-19 was declared a national emergency on March 13th, the Centers for Medicare and Medicaid Services (CMS) was able to waive stipulations in federally funded programs to help States respond to the pandemic. To date, CMS has approved Medicaid Section 1135 Waivers for 23 States that grant them the authority to suspend pre-admission screening for nursing facilities. In addition, Washington, Missouri, North Dakota, and Oregon also have the authority to change Medicaid rates, cost-sharing amounts, and premiums without notifying the public. According to the Centers for Disease Control (CDC), 122,653 people in the United States have been infected and 2,112 have died.  read more

Here’s why it’s critical for Texas to take the Medicaid expansion  Caller Times, March 30
Since the passage of the Affordable Care Act, Gov. Greg Abbott and the Texas Legislature have rejected Medicaid expansion even though Texas has the highest rate of uninsured residents in the nation. With the spread of COVID-19 and the threat of health care systems being overwhelmed by this pandemic, the governor should call a special session of the Legislature to expand Medicaid. Medicaid expansion has been an overwhelmingly successful program. It has increased insurance coverage, expanded access to health care services and reduced costs. Medicaid expansion would cost Texas approximately $5.6 billion, but in return, Texas would receive $65.6 billion in federal funding and save $34.3 billion from reduced emergency room or hospital visits from the uninsured.  read more

Illinois creates action plan to expand and expedite medicaid coverage  KFVS12, March 28
Governor JB Pritzker announced the “Care Comes First” action plan. It is a series of efforts led by the Illinois Department of Healthcare and Family Services to expand medical coverage for residents across the state. “My team is doing everything in our power to make sure all of our residents can access the health care they need in these trying times,” said Governor JB Pritzker. “That is why we’ve applied for waivers with the federal government to expand Medicaid availability during this period.” The state has submitted two federal waivers requesting increased flexibilities around Medicaid coverage. If approved, individuals, whether uninsured or insured, can receive Medicaid coverage for treatment if they have been diagnosed with COVID-19.  read more

Medicaid Eligibility Expanding Fast as Response to COVID-19 Pandemic  Managed Healthcare Executive, March 27
With reports of large spikes in unemployment, economists believe a global recession is unavoidable amidst the Coronavirus crisis. Since the health insurance of many Americans is tied to their employment, the U.S. is likely to also see large increases in uninsured people with newly lower incomes, according to a report by the Urban Insitute. However, states in the U.S. have expanded Medicade eligibility under the Affordable Care Act (ACA). The 15 states that have not yet expanded eligibility under the ACA are least prepared to assist the many workers expected to simultaneously lose their jobs and their health insurance coverage. Medicaid enrollment is not limited to a narrow open enrollment period, as is the case with most private insurance, so eligible people can enroll at any time during the year.  read more

Medicaid and CHIP Eligibility, Enrollment, and Cost Sharing Policies as of January 2020: Findings from a 50-State Survey  KFF, March 26
As the COVID-19 pandemic expands, needs for health insurance coverage through Medicaid and CHIP will increase for people who get sick and who lose private coverage due to the declining economy. Increasing enrollment for the 6.7 million uninsured individuals who are eligible for Medicaid and facilitating enrollment for the growing numbers of individuals who will become eligible for Medicaid as they lose jobs and incomes decrease will help expand access to care for COVID-19-related needs and health care needs and more broadly. States can adopt a range of options under current rules to increase Medicaid eligibility, facilitate enrollment and continuity of coverage, and eliminate out-of-pocket costs. States can seek additional flexibility through waivers.  read more

Texas cancels controversial Medicaid contracts after complaints of subjective scoring  The Texas Tribune, March 25
Texas health officials announced Wednesday that they are starting over on a years long process to pick health insurance companies to operate a $10 billion portion of the state’s privatized Medicaid program. More than half a dozen health insurers had protested the Texas Health and Human Services Commission’s awarding of contracts in Medicaid’s STAR+PLUS program on the grounds that the scoring process was arbitrary and inconsistent. The health commission, with recently appointed acting Executive Commissioner Phil Wilson now in charge, appears to agree. “This decision is necessary to ensure the contract award processes are conducted with integrity, fairness and transparency of the agency’s procurement of Medicaid managed care services and product-lines,” said Christine Mann, a spokeswoman for the Texas Health and Human Services Commission.  read more

How Can Medicaid Enhance State Capacity to Respond to COVID-19?  KFF, March 17
As a source of coverage for 1 in 5 Americans, Medicaid can play a key role in connecting individuals to testing and treatment for COVID-19. Through Medicaid, states can provide enrollees access to comprehensive benefits with limited out-of-pocket cost and receive federal funding with no pre-set limit to support coverage. States have options available under existing rules to expand access to coverage and facilitate enrollment in coverage for eligible individuals. Further, states can seek federal approval for additional flexibility to expedite access to coverage and care, as has occurred in response to previous disasters and emergencies. Moreover, the federal government could take a range of administrative and legislative actions to enhance state capacity to connect individuals to care through Medicaid.  read more

3 Forms of Medicaid Expansion that Can Increase COVID-19 Coverage  Health Payer Intelligence, March 17
Medicaid expansion is key to securing national access to care for the new coronavirus and the federal government can and should support state programs for increasing COVID-19 coverage, Samantha Artiga and Robin Rudowitz wrote in a recent Kaiser Family Foundation brief. States can expand coronavirus care in three main ways: States can expand coronavirus care in three main ways: Broaden eligibility, Ensure that eligible residents are enrolled or do enroll in Medicaid, Submit additional waivers to CMS seeking greater flexibility in coverage and care access. The federal government can support Medicaid programs in their efforts against the virus by establishing constructive policies and taking appropriate, administrative action.  read more

CMS Urges Medicaid Expansion Amid Coronavirus Emergency  Health Payer Intelligence, March 16
On March 13, the Trump Administration declared the spreading coronavirus (COVID-19) a national emergency. CMS immediately followed with various resources, including a factsheet from March 5 about COVID-19 Medicaid and CHIP coverage and benefits, as well as clear support for states considering Medicaid expansion or further expansion. “The spread of COVID-19 within our Nation’s communities threatens to strain our Nation’s healthcare systems,” the president’s proclamation read. “It is incumbent on hospitals and medical facilities throughout the country to assess their preparedness posture and be prepared to surge capacity and capability. Additional measures, however, are needed to successfully contain and combat the virus in the United States.”  read more

MICHIGAN MOVES AWAY FROM RX CARVE-OUT
Syrtis Solutions Blog, March 11
Back in September, Michigan proposed policy 1936-Pharmacy to carve-out the State’s Managed Medicaid outpatient pharmacy drug coverage and transition to a Fee-for-Service (FFS) model. However, plans to carve-out pharmacy benefits have recently been updated. After considering the policy, the State has decided to instead implement a single Medicaid Preferred Drug List (PDL). The single PDL was a recommendation in the Governor’s Executive Budget and works to maximize manufacturer rebates in order to increase savings. In addition to the PDL, MDHHS is also recommending raising MHP’s dispensing fee to $3 for independent pharmacies.  read more

Newsom’s high-stakes Medi-Cal overhaul
CalMatters, March 5
The old adage about tiny acorns growing into mighty oak trees is not confined to dendrology. It applies as well to governmental programs and there’s no better example than Medi-Cal, California’s program of health care for the poor. An addendum to the landmark federal legislation creating Medicare coverage for the elderly 55 years ago offered federal subsidies to states for caring for the poor — dubbed Medicaid in most states, but Medi-Cal in California. At the time, Medi-Cal was seen as providing modest stipends for county hospitals and other providers of charity treatment, but immediately began a never-ending expansion of benefits and recipients. The Affordable Care Act, otherwise known as Obamacare, paid for a huge surge of eligibility and today, Medi-Cal provides coverage to 13 million Californians, more than a third of the state’s population, at a cost of well over $100 billion per year, or about $8,000 for each recipient.  read more