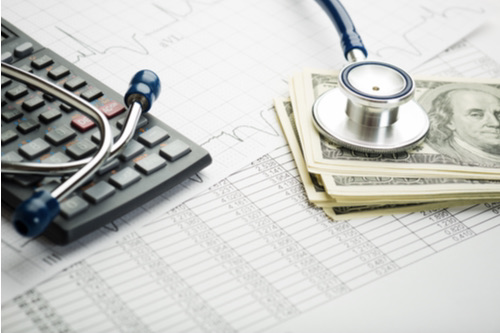 Posted at 13:10h in Medicaid by Eliott Konsin
Share

As November approaches and legislators consider additional Medicaid expansion, some representatives are concerned about the climbing improper payment rate and what the FY 2021 audit will reveal. The forthcoming report will be the first complete audit of all fifty states after program expansion.

On Monday, thirteen Senate Finance Committee Republicans sent a letter to Administrator Brooks-LaSure at CMS to voice their concerns and to request data to inform policy discussions.

Read the letter below.

As some in Congress consider proposals to expand the Medicaid program by potentially half a trillion dollars over the next decade, it is vital that both Senators and Members of the House of Representatives have accurate information about how the program is using taxpayer resources. Every November, the Centers for Medicare and Medicaid Services (CMS) releases estimates of improper payment rates for programs within its jurisdiction. The November 2020 report showed that the Medicaid improper payment rate reached 21.4 percent, with total federal improper payments in the program amounting to $86.5 billion annually. Medicaid’s improper payment rate has significantly increased since the passage of the Affordable Care Act, which dramatically expanded Medicaid. In 2013, the year before the ACA’s Medicaid expansion took effect, the improper payment rate was just 5.8 percent.

According to last year’s report, eligibility errors are the major drivers of the increased Medicaid improper payment rate. According to CMS, “Eligibility errors are mostly due to insufficient documentation to affirmatively verify eligibility determinations or non-compliance with eligibility redetermination requirements.” One of the most common eligibility errors often occurs when failing to verify information provided by the applicant, including income. Failure to properly verify that applicants are eligible for the program, especially to this extent, harms the nation’s taxpayers and takes resources away from those who are eligible and who truly need the program.

There is concern that the November 2020 improper payment rate estimate of 21.4 percent was unrealistically low because the eligibility reviews excluded one-third of states. Since the Obama Administration canceled eligibility audits from 2014-2017, this year’s forthcoming report will be the first complete assessment of all states since the expansion took effect. Given its more complete nature, the upcoming assessment has the potential to show that the improper payment rate in the program exceeds 25 percent, totaling above $100 billion annually. Such a high improper payment rate demonstrates that the program requires a stalwart defense to ensure those that are eligible receive the care they need. This rate also raises questions of whether Congressional and regulatory actions have made Medicaid too complicated for the Federal government to properly oversee it, especially given the differing improper payment rates among states. Congress needs complete and updated information about the improper payment rate in Medicaid as well as the corresponding drivers of this problem. We understand that the essential work on the 2021 CMS improper payment report has concluded, and drafts of the report have been completed. While state and Federal responses to COVID-19 halted some payment and eligibility reviews in 2020, this work is too vital to remain paused when the consequences are so dire. Given the importance of accurate data to inform ongoing policy discussions, by Monday, November 8, we ask that you provide:

When asked about this at a June hearing in front of the Senate Finance Committee, Secretary Becerra committed to making available such data. We also request a briefing with Committee Members’ staff, so that Congress can ask informed questions on this important matter. Thank you for your prompt attention to this shared concern.