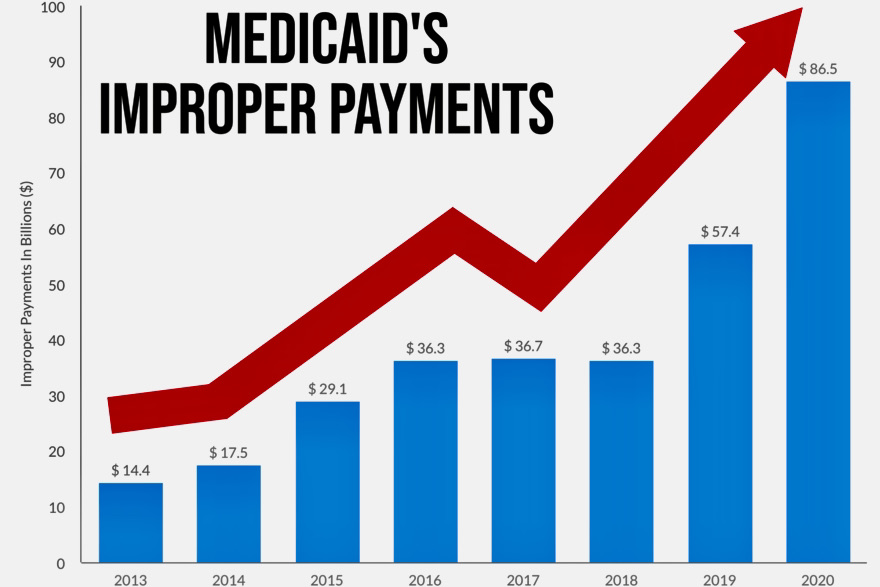 Posted at 10:27h in Improper Payments by Eliott Konsin
Share

By law, Medicaid plans are payers of last resort. This means if a plan member has health care coverage through some other third party, that third party must pay its legal liability first. If any liability remains, Medicaid plans will then pay. As the program grows, identifying liable third party payers for pharmacy and medical claims has become increasingly difficult. Plans simply do not have access to the quality eligibility data required to identify third party liability (TPL) before claims are paid. Much of the data traditionally used to avoid improper payments has not been current, available, complete, or accurate. Consequently, Medicaid plans continue to make claims’ payments in error.

Once new eligibility information is made available and plans discover overpayments, they then try to recoup the funds with a process referred to as “pay and chase.” This process has led to the development of a multibillion-dollar post-payment recovery industry. Unfortunately, for payers attempting to recoup improper claims payments, the actual funds recovered are around 20 cents on the dollar.

Medicaid programs have struggled to accurately identify TPL for decades. One reason is that for the last 40 years, the technology needed to correctly identify TPL has not existed. Over time, improper payments continued to rise, even landing Medicaid on the Government Accountability Office’s high-risk list in 2003. Since then, a number of federal efforts have occurred to curb costs. Legislators have passed new laws, formulated regulations, and held hearings over the issues, and government oversight offices (GAO and OIG) have provided written reports to Congress. Despite legislation and existing TPL processes, the improper payment rate has only accelerated. While all the initiatives have helped to identify the scope of the problem, at present, they do nothing to curb improper payments.

If Medicaid payers can identify whether a member has primary coverage before claims are paid, the need for post-payment recovery is mitigated. Furthermore, the subset of Medicaid beneficiaries who have unreported primary commercial coverage creates a tremendous opportunity for payers of last resort to get in front of the problem.

How can payers of last resort get access to timely, accurate eligibility data?

Presently, some of the best, most accurate, and current data on patients’ health insurance coverage exists in ePrescribing infrastructures. Taking advantage of this resource enables more timely identification of TPL by capturing the needed information on primary coverage that Medicaid members may have. EPrescribing, as a platform, electronically links patients, providers, pharmacies, and pharmacy benefits managers, and makes certain patient eligibility data are accurate and up to date.

Syrtis Solutions realized the potential of ePrescribing data to help Medicaid plans identify primary payers. The solution, ProTPL, uses ePrescribing eligibility data to provide Medicaid plans with a technology-based solution to prospectively avoid pharmacy and medical claims that are the liability of commercial payers. ProTPL is the only solution in the marketplace that utilizes proprietary logic necessary to decipher the complex coding of pharmacy transactions and translate it into actionable eligibility data. Furthermore, Syrtis uses its superior matching algorithm to find primary coverage on members that no other vendor in the marketplace can find.

Syrtis addresses the problem of improper payments on the front end, gathering better data and applying it to avoid claims costs and the expenses associated with recovery efforts. ProTPL has the added benefit of making the claims process smoother for all involved, including providers. Those involved in the process of Medicaid claims payments have been working with the best available tools. Now, they have new and better tools through Syrtis Solutions.