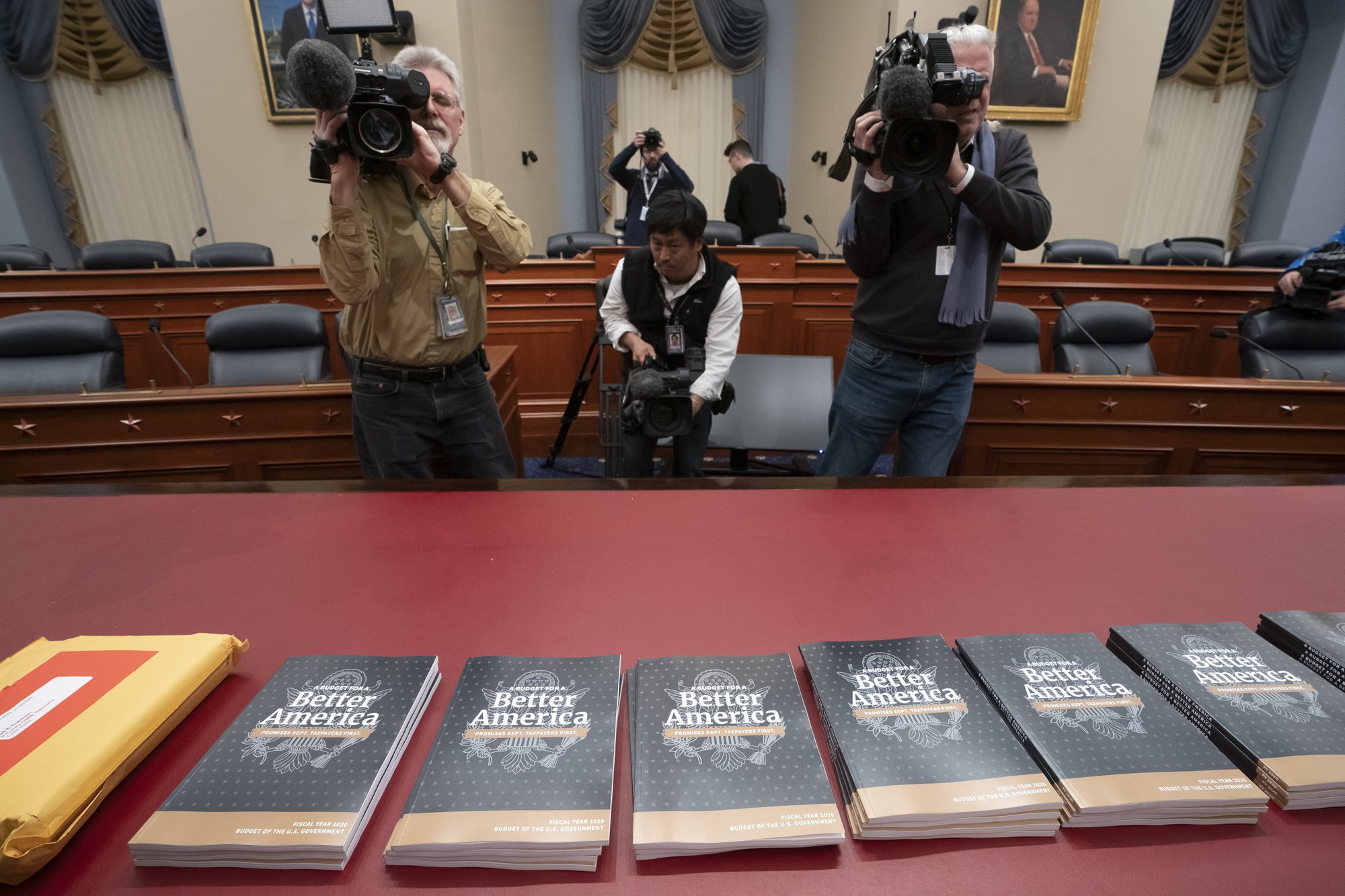 Posted at 07:17h in Medicaid by Howard Green
Share

The Trump administration released its 2020 budget proposal on Monday and it gives some insight into the president’s priorities. The budget includes $1.9 trillion in cost savings for Medicaid and other safety net programs. According to the administration, A Budget For A Better America will balance the nation’s budget by 2030 and promote economic prosperity. Despite its major reductions for welfare programs and increases in defense spending, Congress will be the primary decision maker and the budget is unlikely to pass on Capitol Hill.

President Trump’s budget is the largest in federal history and includes spending increases for defense and border security while reducing costs of Medicaid, Medicare, and disability programs. The proposal will cut spending by $4.6 trillion over a ten-year period. That equates to 9% of the country’s $53.5 trillion projected spending over that time.

The White House Chief of Staff, Mick Mulvaney, believes the proposal will favor taxpayers. He stated, “This is, I think, the first time in a long time that an administration has written a budget through the eyes of the people who are actually paying the taxes.”

Chris Edwards is the director of tax policy studies at the CATO Institute. Edwards evaluated the administration’s proposal and stated, “Cuts would reduce federal deficits, which have plagued the government since the turn of the century. The budget’s spending cuts are being called cruel and heartless, but chronic deficits are imposing huge costs on young Americans down the road, which is totally unethical.”

The proposal is finding support among conservative groups due to its focus on economic growth, increased Medicaid eligibility checks, and in that it promotes self-sufficiency versus dependence on government-funded welfare programs.

Kristina Rasmussen, Vice President of Federal Affairs at the Foundation for Government Accountability (FGA) commented, “With no real incentive in place for individuals to leave the program, the welfare system has transformed from a safety net originally intended to serve the truly needy into a trap for able-bodied adults, many of whom report no income.”

Critics, on the other hand, view the budget as extreme and harsh since it will prevent people, who rely on welfare programs, from accessing the support they need. They point out that the budget breaks key campaign promises as Trump approaches the 2020 elections.

Senator Amy Klobuchar, (D)-MN says, “The President has proposed a budget that cuts hundreds of billions of dollars from domestic programs like Medicare and environmental protections. But he still found billions of dollars for his wall. We need a smart budget, not one based on empty campaign promises.”

Senator Kamala Harris (D)-CA commented on the budget saying, “This would hurt our seniors and is yet another piece of evidence for why we need a new president.”

The Office of Management and Budget Deputy Director, Russ Vought, testified in front of the House Budget Committee. According to Vought, “The President doesn’t believe he’s breaking his commitment to the American people at all. There are no structural changes to Medicare. There is no cut to Medicare. Medicare continues to grow each and every year.“

In 2000, federal spending for the Medicaid program was at $118 billion. In almost twenty years, that amount has climbed to $389 billion. The cost is unsustainable and a driving factor in why Trump wants to cut $200 billion from Medicaid and $800 billion from Medicare.  Additionally, the budget also introduces block grants for states in an effort to save $610 billion in tax dollars over the next 10 years.

The budget could be a starting point to reduce debt and an opportunity for states to have more control and flexibility in managing their programs. Additionally, health consumers may have more control over their insurance to make it more affordable. In order to accomplish this, the budget includes association health plans and short-term plans for the uninsured.

Kristina Rasmussen says, “The Trump administration has outlined a plan to move government out of the way, take down nonsensical barriers to work, and promote a safety net that encourages upward mobility to empower more Americans to win.”

Salim Furth is a Former Research Fellow from Heritage’s Center for Data Analysis. He determined, “A restoration of growth will not, however, follow automatically from enacting the president’s agenda. A lot of other things have to go right as well as policy. So the president’s plan to eliminate the deficit and control the debt should not depend so much on things outside his control. Limiting the growth of entitlement spending would be a more certain path to balance than relying on historical forces.”

Currently, the nation’s debt is unsustainable and safety net programs are continuing to grow at accelerated rates. In an attempt to remedy the situation, the president has introduced his 2020 budget proposal, A Budget For A Better America. It aims to make major reductions that would significantly impact Medicaid and Medicare. Despite criticism over the president’s budget proposal, large reforms will be necessary as the debt continues to climb.