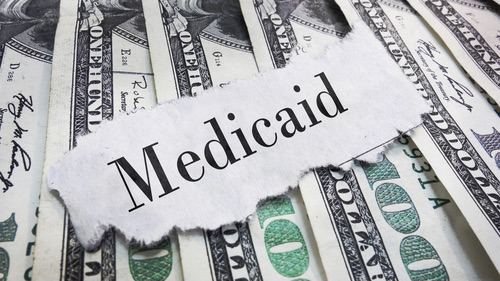 Posted at 08:39h in Medicaid by Eliott Konsin
Share

Medicaid is the single largest payer of health care in the United States. As the program has grown in size and scope, it has struggled with fraud, waste, abuse, and improper payments. Over the years, there have been a number of federal initiatives to rein in costs; nonetheless, Medicaid has remained on the GAO’s High-Risk List since 2003. Last month, CMS reported on fiscal year 2020 Medicaid estimated improper payments.

CMS estimated FY 2020 Medicaid improper payments with the PERM program by reviewing claims submitted from July 1, 2018 through June 30, 2019. They noted that the 2020 estimates are not comparable to previous years because of the reintegration of the PERM eligibility component. In the recent report period, adjustments were made to include ACA requirements. The report revealed that eligibility errors are driving Medicaid improper payments. In many instances, program beneficiaries are ineligible either because of their income or they are not lawful residents. The report cited the following as the primary contributors to the increase in improper payments:

While reporting on improper payments brings the problem into scope, it does nothing to mitigate them. States and Medicaid plans must find ways to improve program oversight to mitigate payments made in error.

It is important to note that improper payment rates are not necessarily indicative of fraud. In fact, many improper payments occur because of poor quality data and outdated methodologies. This is evident when states attempt to coordinate benefits but struggle to identify liable third parties of pharmacy and medical claims. Currently, most of the data that states access for TPL discovery is not current, available, complete, or accurate. Without reliable, complete, and accurate data, Medicaid plans cannot help but make claims payments in error.

Syrtis Solutions recognized the need for a solution to reduce the improper payment rate within the Medicaid program. The company is unique in that it utilizes e-prescribing eligibility data to provide the payer of last resort market with a technology-based solution to prospectively cost avoid pharmacy and medical claims. By implementing the new tool, Medicaid plans can maximize the efficiency of their adjudication processes while saving valuable resources.

Millions of Americans are turning to Medicaid for health care because of the pandemic driven recession. At the same time, improper payments are costing the program billions of dollars when resources are needed most. Moving forward, accurately identifying claims before they are paid, and cost avoidance measures will be crucial steps to maximizing program efficiency.