IDENTIFYING TPL IN THE MEDICAID PROGRAM 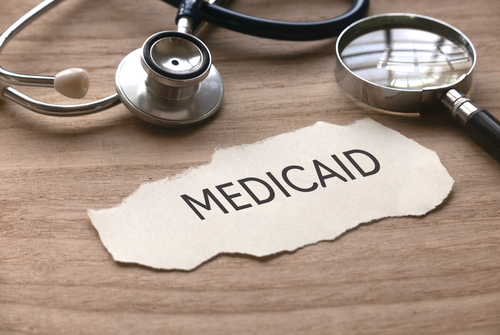 The vast majority of Medicaid improper payments occur due to antiquated data systems that result in eligibility errors. As the program has grown, identifying primary commercial coverage, also known as Third Party Liability (TPL), has become increasingly more complex and challenging. By law, Medicaid plans are payers of last resort. This means if a beneficiary has health care coverage through any other third party, that third party must pay its legal liability first. If any liability remains, Medicaid plans will then pay. According to the Centers for Medicare and Medicaid Services (CMS), “States are required to take all reasonable measures to ascertain the legal liability of third parties to pay for care and services that are available under the plan.”

This policy has been in place since the Employee Retirement Income Security Act (ERISA) amended the Social Security Act in 1974. To this day, ascertaining TPL remains a difficult challenge. Coordination of benefits (COB) is no easy task. CMS explains that COB is accomplished by, “determining Medicaid benefits when an enrollee has coverage through an individual, entity, insurance, or program that is liable to pay for health care services.”

WHERE TPL IS DISCOVERED

The discovery of liable third parties occurs at three points in the lifecycle of a Medicaid member. This discovery of unknown primary insurance coverage may occur during the enrollment process, prospectively before claims are paid, and retrospectively after an improper claims payment has been made.

In the enrollment phase, Medicaid applicants are approved and their self-reported TPL is verified and reported to the state. The main challenge is that over 13% of the Medicaid population has unreported TPL. Applicants are often unaware of other coverage or fail to disclose it at the time of enrollment. At the point of service– when members are presenting insurance information to care providers– they might not furnish proof of primary coverage. The system is certainly complex, and Medicaid members may not realize that they have valid primary coverage, and even if they do, it is doubtful that they are familiar with the concept of payers of last resort. Compounding the confusion, the Medicaid population is in near-constant flux, with people becoming eligible and ineligible for services depending on a number of factors such as income and disability status.

Once an applicant is enrolled, Medicaid plans attempt ongoing prospective identification of other insurance coverage. The challenges here are the same issues that are responsible for the high number of improper payments in the Medicaid program. That is, existing data mining and matching models are antiquated and need constant verification. Sometimes, a Medicaid plan uses an outside vendor to conduct monthly eligibility checks in an attempt to discover a Medicaid member’s TPL. Unfortunately, the data available to these vendors suffer the same antiquation and inaccuracy problems. Though health plans try to discover TPL in as timely a manner as possible, there are many obstacles.

The final point at which health plans can discover TPL is retrospectively after claims are paid in error. At present, pharmacy and medical claims reviews are profoundly retrospective, which creates a multitude of problems for improper payments. Consequently, a post-payment recovery process, known as ‘pay and chase,’ is needed to recoup the claims payments that were made in error.

Beyond simple mistakes at the point of service with providers, there are fundamental problems in the health care data utilized by the federal government that lead to the loss of literally billions of dollars a year.

One of the major challenges facing Medicaid is the lack of quality eligibility data. In testimony before Congress in 2012, HHS Regional Inspector General Ann Maxwell gave an alarmingly negative assessment regarding the reliability of data the federal government uses to detect overpayments and fraud in the Medicaid program. She stated, “much of the data used to identify improper payments and fraud is not current, available, complete, [or] accurate.”

Identifying primary commercial coverage is extremely challenging for payers of last resort. Due to the complexity of COB, the near-constant flux in the Medicaid population, and bad quality eligibility data health plans rely heavily on retrospective identification and recovery. Unfortunately, this is costing Medicaid billions in waste. In order to coordinate claims correctly, payers of last resort must look to innovate data solutions that identify TPL before claims are paid in error.