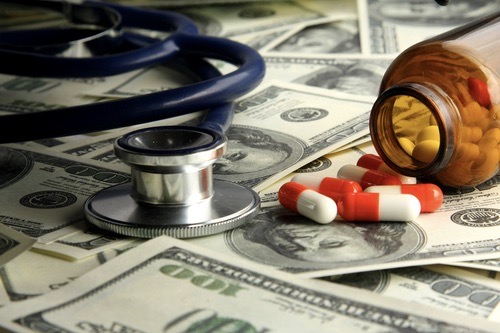 Posted at 10:26h in Medicaid by Eliott Konsin
Share

In addition to the pandemic driven economic downturn and the consequential surge in Medicaid enrollment, rising prescription drug costs in the Medicaid program have caused tremendous fiscal pressure on state budgets over the years. In 2017, pharmaceuticals accounted for 5.1 percent of Medicaid benefit spending, and this expense continues to rise. States generally utilize managed care organizations and pharmacy benefit managers (PBMs) to deliver pharmacy benefits and curb prescription drug costs. However, a handful of states have opted to carve-out pharmacy benefits and transition to a fee-for-service (FFS) model. Last month, Ohio became the most recent state to move away from its managed care model and released a RFP for a single pharmacy benefit manager (SPBM).

The carve-out strategy drives down drug costs by consolidating a state’s purchasing power, allowing it to leverage the size of its population to negotiate drug prices with pharmaceutical manufacturers directly. Currently, Tennessee, West Virginia, Wisconsin, and Missouri have carved-out their pharmacy benefits. Due to the potential savings from FFS models, other states are now considering carve-outs and other methods to drive pharmacy costs down.

Over the past five years, there has been criticism of how Ohio Medicaid PBMs manage the state’s prescription drug program. After accusations of overcharging, double-dipping, anti-competitive practices, and transparency concerns, the state legislature mandated that the state selects a SPBM to manage prescription drugs. Also, the SPBM would contract with the state directly to improve transparency.

Last month, the Ohio Department of Medicaid released a request for proposal to transition the agency’s managed care program and carve-out pharmacy benefits. The state hopes to improve and build on administrative efforts that will increase transparency and financial accountability. According to the department, implementing a SPBM will assist the Medicaid program by reducing costs, easing administrative burdens, and improving fiscal oversight.

California’s Governor signed an executive order at the beginning of the year to move all of Medi-Cal’s pharmacy benefits from managed care to a FFS model starting January 2021. According to the state, the carve-out is an economical way to negotiate prices and purchase drugs. State officials believe that the new model will also standardize drug access for all Medicaid beneficiaries.

California’s FFS decision has been controversial, and there are concerns over its potential impact on MCOs, PBMs, pharmacies, and the coordination of care. Critics argue that it will make the coordination of care difficult. While purchasing in bulk directly from manufacturers could drive down prices, it’s unclear how drugs will be dispensed and how local pharmacies will maintain profitability.

In October, Michigan’s Department of Health and Human Services announced that outpatient prescription drug coverage would no longer be a Michigan Health Plan (MHP) benefit. MHP would shift to a FFS model. The state expected to save $10 million in general funds under the FFS model through Rx rebates and the elimination of MHP administrative capitation costs.

At the time, healthcare payers and PBMs opposed the decision. They claimed that the move would hinder the delivery of whole-person integrated care by increasing out-of-pocket costs, and members wouldn’t have the appropriate overview of their prescriptions.

Five months later, the state decided against the carve–out and instead opted to implement a single Medicaid preferred drug list while also increasing MHP’s dispensing fee to $3 for independent pharmacies.

State budgets are experiencing fiscal pressure from the public health crisis and skyrocketing prescription drug costs. Every year pharmacy spend accounts for more and more of state budgets. As a result, some Medicaid plans are carving-out pharmacy benefits by transitioning to FFS models to curb costs. While this is one approach to save money, states should also look for opportunities to improve efficiency and cost avoid in their Medicaid plans.